We use own and third party cookies to improve the user experience and offer contents of interest. We do not collect personal data via cookies. You can accept or reject the use of cookies by changing your settings. For more information please see our Privacy Policy.

István Cseh's special connection to music became apparent as a young child. He was enchanted by the exciting world of classical music concerts. In 1993, following the tour of the Hungarian Mass by the Tolcsvay Brothers in Germany, he decided to become a musician at the age of 9. In the same year he started learning classical guitar in Békéscsaba at the Béla Bartók Music School, under the hands of Zsolt Varga. He has become a member of the László Szendrey Karper Guitar Ensemble in 1994 as the youngest student. In 1999, the family moved to Germany for a year, finishing 9th grade in Germany. He was impressed by the style of German public education, the freer atmosphere of the lessons. He joined the band of St. Ursula Gymnasium and begins his journey in popular music. He also buys his first electric guitar.
Returning home in 2000, he become a student of the Békéscsaba Evangelical High School and a continuing education at the Béla Bartók Music School.
After graduating, he chooses a career in classical music. He's interest across styles continues to grow. He meets Tilla Török, with whom they venture in the direction of world music improvisation, and Viktor Varga, with whom they form a rock band called Neverland. During this period, he became more familiar with the world of theater as well, taking on the role of guitarist in Scapin’s Fangs. In 2006 he was admitted to the Liszt Ferenc University of Music with a degree in classical guitar. In 2007, he received a scholarship at Berklee College of Music in Boston. He completed the four-year school in two and a half years and graduated with the Magna Cum Laude Honor in 2009. His musical knowledge has expanded here, he has really gained comprehensive knowledge from composition, audio technology and various styles from jazz trough metal to soundtracks.

Returning home, he founded AZARA Productions, became a soloist and guitarist for several bands (Vastaghúros, Török Tilla Folk Experience, Egy Másik Zenekar, Viktor Varga), played in theatrical plays (Knight of LaMancha, Hyppolit the Lychee, Count Monte Cristo, etc.). In 2010, he took up a teaching position at the Premier High School for Music and the Béla Bartók Music School. After 2015, his work is increasingly shifting from the performing arts to composition and film. At the world exhibition in Kazakhstan, the Hungarian pavilion opening ceremony was performed by Török Tilla Folk Experience, with several of his compositions. Works such as the On the Trail of the Holy Crown and Coronation Insignia of Hungary, Transylvania between Heaven and Earth, Fireworks music for the National State Founding Ceremony in 2019 During, Erzsébetváros Film Festival’s signal, the 2021 musical soundscape of the Kurultaj tribal assembly of the Hun is also connected to his name.

He started playing guitar at the age of 9 and his ability to improvise showed up very quickly. Later, more and more serious compositions followed. At the Berklee College of Music, he often did not even practice the material they posted, but instead analyzed them and wrote a work of his own. This way he learned the musical twists and technical difficulties of the given song, but he also gave birth to his own composition. He began studying film and commercial composition at Berklee.
Whenever he can, he likes to use some interesting concept or instrument in his work. The invention of several specific instruments can already be linked to his name. For the theatrical play Bori Notesz about the last days of Miklós Radnóti, he made an instrument from wires and pipes that the laborers could put together from their tools. This became a defining element of the musical soundscape of the play. On the Majestic New Roads (Hunor-Magor legend) he created a collection of musical bows which also plays a prominent role in the music of the film. 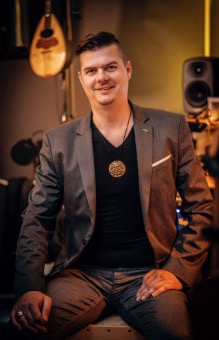 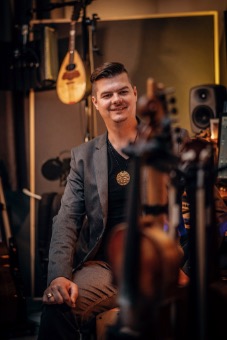 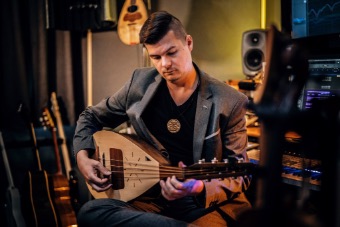 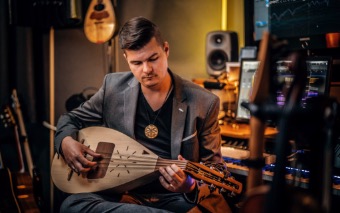 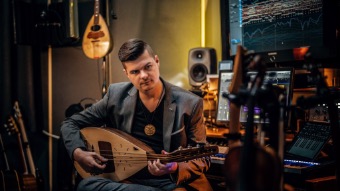 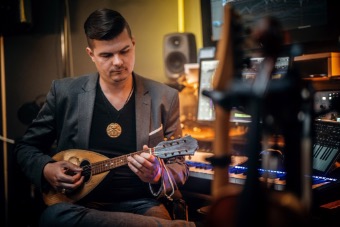 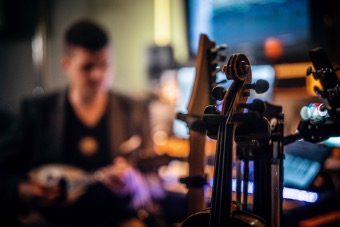 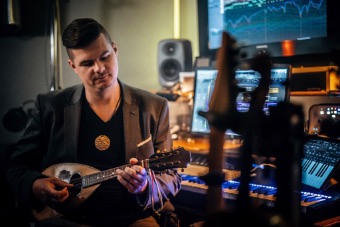 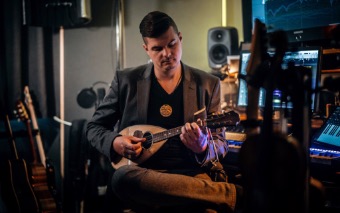 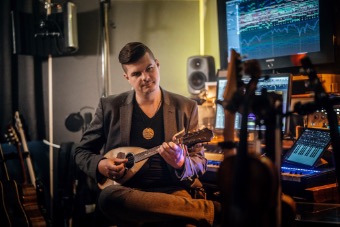 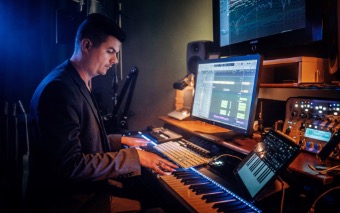 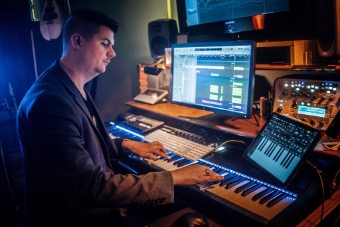 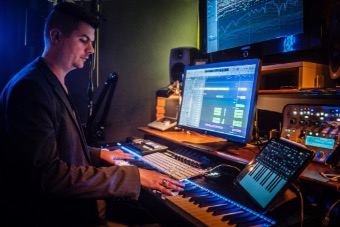 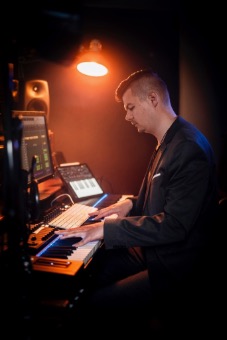 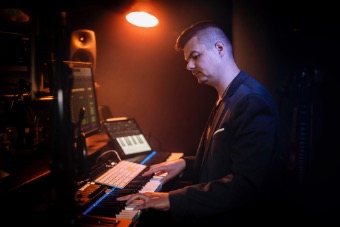 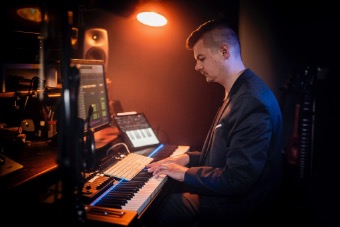